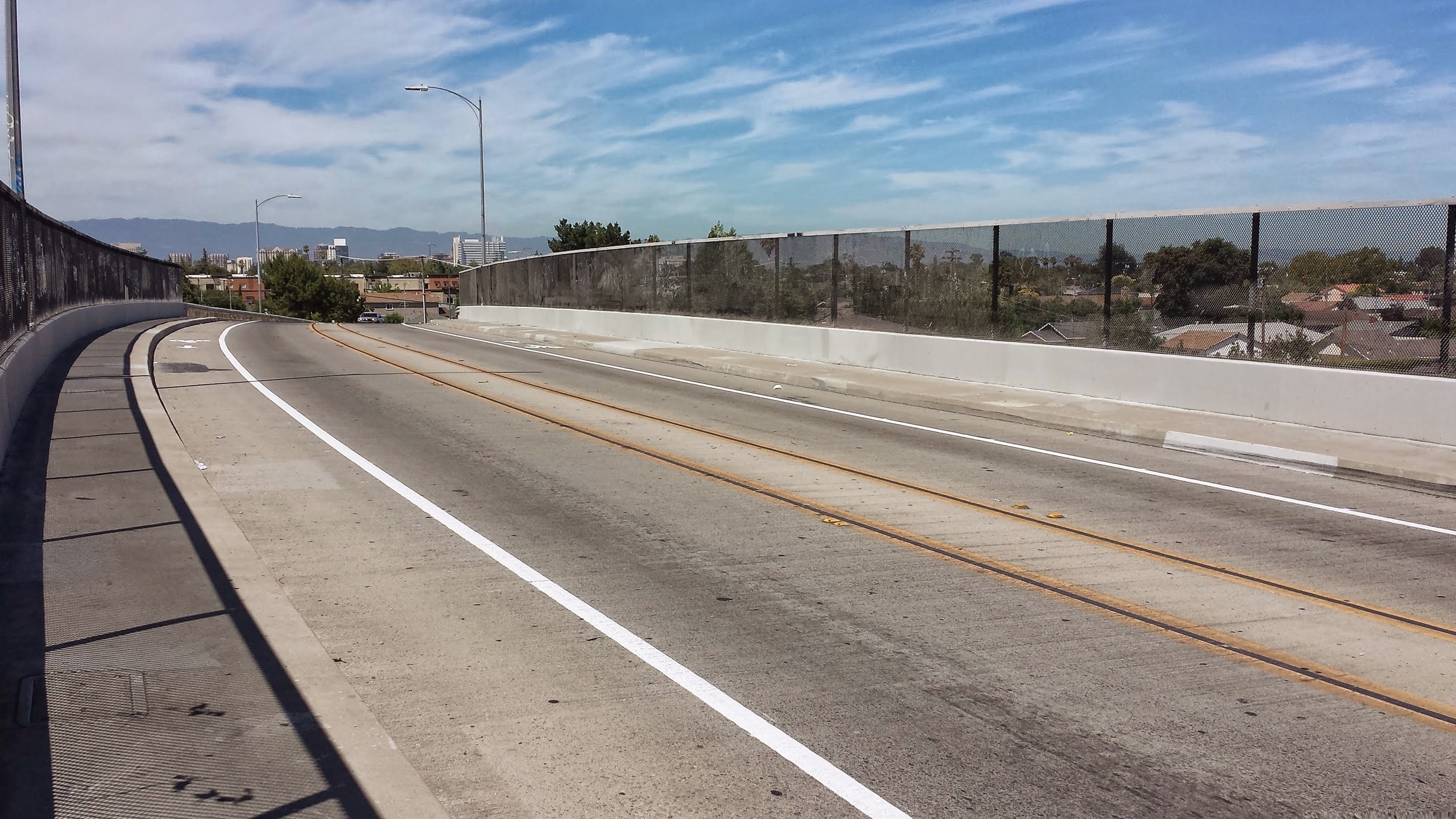 Over the weekend they added bike lanes to the bridge over San Antonio Street.  Two weeks ago I encountered a road crew and blogged about it here.

As I approached the bridge two young guys were riding across with cargo bikes.  It was forecast to be 100 degrees out and these guys wore dark jeans, t-shirts, and baseball hats.  They carried no cargo, but the bikes were heavy.  They had a hard time getting up the hill.  One of the guys dismounted partway up, and walked his bike to the top of the hill, in the bike lane.  I rode past them.